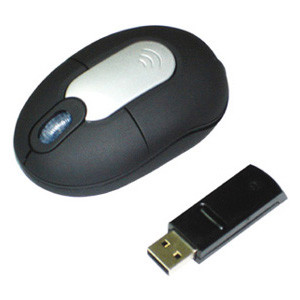 Lets face it; nobody really likes a mouse for the wires, do they? If they did, the best wireless mouse would surely be lauded as the best…y’know, mouse.

If you’re using a desktop PC to read this, then the chances are that the mouse is attached, via a long tangle of grey cable, into the PC itself that is somewhere under your desk. How you cringe when something falls down there or you need to gain access to that speaker wire that just keeps coming loose.

If you’re using a really old PC, even attaching a USB stick can be a Herculean labour as you have to move the computer, gently but firmly, in order to get to the desired area, all the while being showered by layers of dust and literally hundreds of ‘blank’ CDs (that have something on them, you just aren’t sure what).

I’ve mentioned this in other articles before, but a favourite schoolboy prank of mine was to unplug the mouse from the computer itself while my mates got up to collect their work from the communal printer. It was especially funny if you took the grey rubber ball out as well, then they’d get doubly irate after re-attaching the cable only to find that the mouse still wouldn’t work. Ah, those were the days.

As computers get smaller and more integrated, these memories and others like them, will soon be amusing stories that you tell to bored Grandchildren who really don’t care and want to get back to (virtual) reality. Many users now attach a laptop to a keyboard and monitor and save space, others still (such as yours truly) use fully integrated Mac equivalents instead, saving space and providing easy access to disc drives, USB ports and any other required input source.

However, most people are still using a wired mouse. There are a few reasons for this, which I will now gloss over in no particular order:

1)      People can’t be arsed to buy batteries. – Admit it, it’s a pain. Batteries weigh down your shopping bags, add to the overall cost of a shop and seem to disappear right when you need them. Worse still, they never seem to be available in groups of two either. Every pack comes with an even number of batteries, but by the time you sort through the cupboard looking for the little buggers, there’s usually only one left behind (and then it doesn’t work).

2)       Wired mice are faster. – That’s just the way it is. If you aren’t a gamer and ‘cod’ is something you order at the local chippie, then you really won’t notice the difference, however, when discussing the needs of those for whom ‘game’ qualifies as a verb, nanoseconds count.

3)      Some wireless mice require charging. This is a massive pain as well, because you know you’ll forget to do it. Still, most of them are usable whilst charging, so it’s really not that big of a deal.

4)      There is always the risk that you’ll put the mouse in your pocket and take it to work with you. Oh, the humiliation.

So keep this little lot in mind when searching for the best wireless mouse online. You have a choice of long, awkward cables that you’ll be half tempted to hang yourself with (especially if, like me, you ever spill dry ‘Rice Crispies’ down the back of your desk – Arrrgh!) or actually having buy batteries. As Graham from ‘Blind Date’ (who now seems to be making a living as the head of Jeremy Kyle’s ‘after care’ team) used to say “the choice is yours”.

…Or was that Captain Planet?